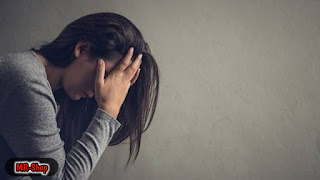 Self-blame behavior or self-blame is an emotional torture that someone does to himself. If not addressed immediately, this behavior can become a reflex thing to do on various occasions, even when the person is not fully involved in the problem that arises.
In addition, constantly blaming yourself can lead to a sense of insecurity that can hinder the development of self-potential. In more severe cases, this habit can also lead to mental health problems.
Reasons Why Often Blame Yourself
There are several reasons behind why people often blame themselves, including:
1. Has an obsessive personality
People with obsessive personalities set the standards too high and try to do everything perfectly and in order. They cannot tolerate a mistake, even a small one. People with this personality tend to blame themselves if something goes wrong.
2. The habit of self-criticism
It’s perfectly fine to criticize yourself. This is precisely important for introspection and self-development. However, over-criticizing yourself can lead to badmouthing, blaming, or exaggerating your own faults.
3. Past trauma
Self-blame behavior is prone to occur in people who have experienced trauma in childhood, for example due to sexual abuse.
Children do not yet understand the motives of other people’s treatment of them, so they can feel that the traumatic event was caused by their fault. Well, this mindset can continue into adulthood, and develop into a habit of blaming yourself every time there is a problem.
In addition, victims of physical or verbal bullying by parents or friends can also grow into people who often blame themselves when faced with problems.
4. Depression
Another reason why people often blame themselves is because they are depressed. This condition will make the sufferer feel insecure and feel that all the problems that occur are caused by him.
Apart from the reasons above, sometimes self-blame may also occur more often in people who are too good with others.
How to Overcome Self Blame
If you often blame yourself, try changing the habit of torturing yourself like this. Come on, apply the following ways to overcome the habit of blaming yourself:
1. Admit mistakes, don’t blame yourself
Admitting mistakes and blaming yourself are not the same thing, you know. When you admit your mistakes, you will find what things you need to fix and focus on fixing them, not lamenting about them. With this attitude, you will become a responsible person.
If you’re still thinking, “I always make mistakes and can’t do anything well,” turn that thought into a positive thought, such as, “Today I made a mistake, but I’ll learn not to do it again.”
2. Motivate yourself with positive thinking
Make a list of what strengths you have. If you have difficulty, ask your friends to mention what your strengths are. Well, when you are in trouble and blame yourself for the problem, you can encourage yourself by reading this note.
3. Pour out your feelings in a diary
Although it may seem old-fashioned, writing down events and feelings in a diary can make you realize that you weren’t wrong. If it turns out that you are wrong, writing it down can make you realize that your mistake was actually not that big.
Take a few minutes before bedtime to write down the things that are bothering you in your diary. That way, you can feel calmer and sleep better.
4. Realize that your own feelings must also be taken care of
Taking care of other people’s feelings is a good thing to do. The same goes for taking care of yourself. Remember, your feelings can’t be hurt either. By instilling this in your heart, the habit of self-blame can gradually disappear.
The important thing you also need to do is respect and love yourself. Looking down on and not respecting yourself can make you blame yourself every time something goes wrong. Eventually, you will hate yourself even more.
If you’re used to blaming yourself, identify the reason behind it and follow the steps above to deal with it. If you’re still blaming yourself, let alone to the point of wanting to hurt yourself, don’t hesitate to consult a psychologist.

How to Overcome a Bloated Stomach During Pregnancy

Impetigo in Children, These Causes and How To Overcome It