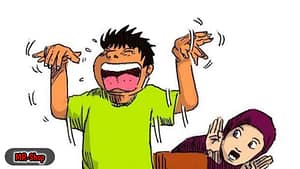 Latah: an Indonesian startle syndrome. What cause of latah?

what is latah syndrome

Latah syndrome is a rare mental disorder characterized by an uncontrollable impulse to imitate and repeat the words or actions of others. It is also known as “jumping” or “startling,” as it often involves an extreme startle response when presented with certain stimuli. People with Latah behavior are easily startled and may become confused or disoriented; they may experience sudden bursts of laughter and uncontrollable repetition of another person’s words or actions. In some cases, Latah sufferers may become excessively talkative and display strange behaviors such as walking on all fours or eating inedible objects. The exact cause of Latah paradox remains unknown, although it may be related to a combination of cultural influences, environmental stressors, and genetic factors. Treatment typically involves both psychotherapy and medication, with the goal being to reduce symptoms while promoting the patient’s quality of life. This means that latah only occurs in certain cultures. The country with the most cases were identified latah is Malaysia and Indonesia. In The 8th Malaysia Indonesia Brunei Medical Sciences Conference: The phenomenon of “Latah” in Southeast Asia, Hatta (2013) says Latah can appear in both men and women, although most women. 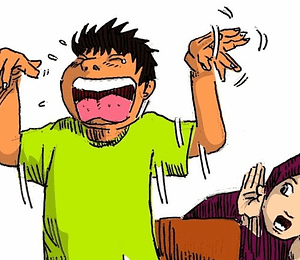 Latah Syndrome is a culture-specific disorder that is often seen in certain parts of Southeast Asia. It is characterized by extreme startle reflex, echolalia (the repeated imitation of words spoken by another person), and other maladaptive behaviors. The cause of culture-bound syndrome is not yet known, but there are several theories that attempt to explain it. One such theory suggests that the disorder may be caused by extreme stress or trauma such as physical abuse or war-related events. Another theory proposes that it is caused by an imbalance in neurotransmitters, which can lead to altered states of consciousness and irrational behavior. Additionally, some studies have suggested a genetic component to the disorder. Despite the lack of clarity on the exact cause, researchers believe that a combination of environmental and biological factors are likely responsible for the development of this rare syndrome.

what is the cause of jumpy legs

Jumpy legs, also known as Restless Legs Syndrome (RLS), is a neurological disorder that causes uncomfortable sensations in the legs, such as tingling, crawling and jerking. It often occurs during periods of rest and can range from mildly irritating to severe. The exact cause of RLS is not fully understood, however it is believed to be related to an imbalance of brain chemicals called dopamine and serotonin. Other potential causes include genetics, kidney disease, vitamin deficiencies and certain medications. In some cases, lifestyle factors such as smoking or drinking alcohol may also play a role. Treatment for RLS typically involves lifestyle changes such as exercising regularly or avoiding caffeine and other stimulants. Medications may also be prescribed to help reduce symptoms.

Psychotherapy is a potential treatment for neuropsychiatric startle syndromes of Latah, a culture-specific syndrome found mainly in Malaysia. Latah is a motor startle response to an unexpected stimulus that produces behaviors such as echolalia and echopraxia. The startle reaction can also lead to episodes of panic, aggression, or dissociation. Research indicates that psychotherapy may be effective in treating Latah by reducing the startle response and improving coping skills. In one case report, cognitive behavior therapy was used to reduce the intensity of the startle response and provide psychological support for the patient. Through this approach, the patient experienced a significant reduction in symptoms which allowed them to better manage their condition over time. Psychotherapy appears to be an effective intervention for neuropsychiatric startle syndromes of Latah and could potentially help individuals suffering from this condition gain better control over their symptoms.

Latah is an abnormal habit that can occur in various age groups, both men and women. Talkative appears when someone is startled by something, such as a scream, a shock, or a falling object.
Surprise reactions experienced by talkative sufferers tend to be exaggerated and are generally accompanied by one of the following behaviors:
Talkative sufferers will spontaneously engage in one of these behaviors when they are surprised. 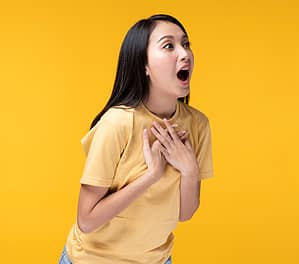 As previously explained, talkativeness can be experienced by anyone.
Children aged less than 1-3 years can experience speech echolalia or echopraxia when they are learning to speak and get to know their surroundings. However, talkativeness should be watched out for if it still occurs in children older than 3 years. This can be a symptom of autism.
Meanwhile, in adults, talkativeness is usually caused by feelings of stress, fear, or anxiety. When you hear a loud sound or feel a sudden strong shaking of the body, a person can feel fear and anxiety to the point of repeating the words or gestures of other people around him.
Not only that, talkative adults can also be caused by other factors, including:
In contrast to talkative echolalia and talkative echopraxia who imitate words or body movements of others, people with coprolalia talk will issue swear words or obscene words. This dirty slur comes out uncontrollably when they are surprised, anywhere and anytime.
Well, the talkative coprolalia sufferer is suspected of having damage to the amygdala, the part of the brain that processes fear and anger.

How to Overcome Latah

Even though they seem funny and even make jokes, talkative sufferers often feel tired when they are constantly imitating other people’s words or movements. However, this condition is also difficult to control because they cannot control the body’s response to physical movements or speech of others.
Talkative sufferers can even do dangerous actions, such as imitating punching or kicking movements, and saying obscene words in public places that have the potential to offend others.
How to deal with talkativeness really depends on the underlying cause. Therefore, talkative sufferers are advised to consult a psychiatrist to find out the conditions that make them talkative.
Here are some common treatments to deal with laziness:

People with talkative echolalia are encouraged to attend speech therapy sessions to learn to express what they are thinking. The therapist will also identify the cause of the talkative, then try to understand why the talkative sufferer always repeats what other people say when they are surprised.

If the talkativeness is caused by an anxiety disorder, mental health disorder, epilepsy, or Tourette’s syndrome, your doctor may prescribe certain medications. But keep in mind, these drugs only help reduce the severity of the condition, not to cure the talkative.
If you experience nausea, you should consult a doctor to determine the cause and get the right treatment.
However, if you know someone who is feeling talkative, don’t use it as a joke. Pay more attention to make him feel safe, comfortable, and accepted. If necessary, suggest to see a doctor.

Likes to try the latest beauty products on the market. Also loves to exercise and travel.

How To Stop Biting Your Nails. Why Do People Bite Their Nails (Ways to Stop Nail Biting habit)

Here’s How To Overcome Cough Due To Stomach Acid

How to increase stamina Naturally With The Best Way & Food

Here’s How To Overcome Cough Due To Stomach Acid

The Technical Advisory Group on Virus Evolution (TAG-VE) met on 3 January 2023 to discuss the #COVID19 situation in… https://t.co/9rw1jYZE0C
23 hours ago

January is #CervicalCancer awareness month! Cervical cancer can be prevented and treated, if caught early. ✅ Get… https://t.co/ESZEKC5t05
1 day ago