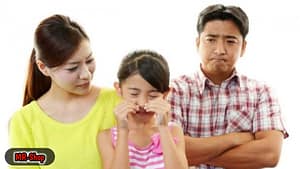 Tantrums are usually experienced by children aged 1-4 years. However, not only in children, adults can experience tantrums. When your little one has a tantrum, you should not panic and get carried away with emotions. There are several ways you can do to overcome tantrums in children.
Causes of Tantrums in Children
Tantrums are generally caused by a child’s limited language ability to express his feelings. So they can only express their emotions by struggling, screaming, crying, screaming, and stamping their feet and hands on the floor. In certain cases, tantrums in children may be caused by behavioral disorders or psychological problems, such as autism and psychological depression, such as autism.
In addition, tantrums can also be a place for children to observe and recognize how to get what they want. For example, when your child goes berserk to get something and you give in to what he wants, he will repeat this method in the future. If left unchecked, it can become a bad habit for your little one.
How to Overcome Tantrums in Children
Tantrums in children should not be allowed to continue because it can become a bad habit and affect their development in later life. Mothers can try to stop tantrums in children by doing the following ways:
1. Keep calm
When your child has a tantrum, you have to stay calm and don’t yell back or force your child to stop tantrums. A calm demeanor will make your child’s tantrums easier to deal with. You can also take your little one to a quieter and quieter place to calm their emotions.
2. Find out the cause of the tantrum
Various things can be the cause of tantrums in children, such as unfulfilled desires or feelings of hunger and sleepiness that are difficult to express. If your child can’t speak yet, one way to identify the cause is to ask directly, “Are you hungry?” or “Are you still sleepy?”. The child may nod or shake his head. If the cause of your child’s tantrums is known, it will be easier for you to deal with it.
3. Distract the Little One
Young children are very easy to forget things and be attracted to new things. Mothers can use this to distract her during a tantrum. For example, you can give your child a toy that hasn’t been played in a long time or give her favorite snack when her child screams, gets angry, or looks fussy.
4. Don’t hit the child
To overcome tantrums, authoritative parenting is more suitable to be applied. So don’t hit or pinch it. This can actually make the child like to hit to convey his wishes. Instead, you can hug or kiss your little one to calm his emotions. In addition to soothing, hugs and kisses can also be a way to show that you really care and love them.
If your child’s tantrums seem too frequent, or cause them to hurt themselves or others, you should consult with your pediatrician to discuss the behavior and how to properly deal with it.

How to Overcome and Prevent Panu

Causes and How to Overcome Thrush in Babies